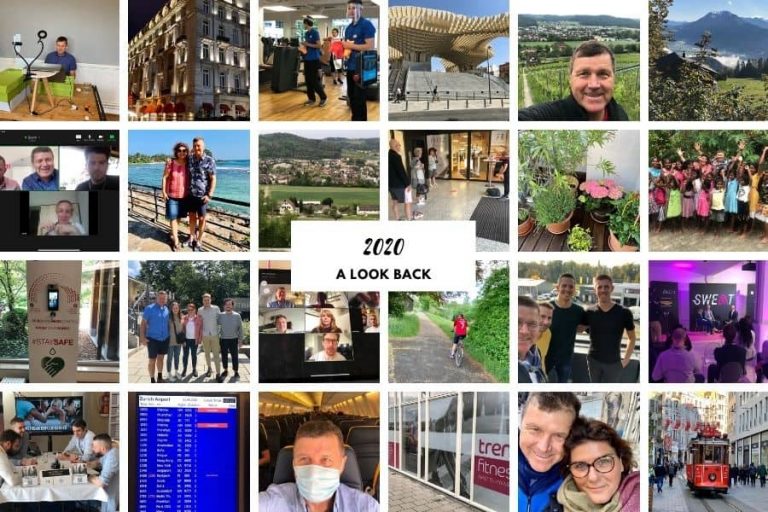 The year began in Sri Lanka, leaving our Ayurveda retreat at Thaulla resort via a girls’ home near Gaulle my partner Annette supports, via Negombo for Colombo and our return home. For Annette’s birthday we travelled to Istanbul at the end of the month, staying at the Pera Palace, where Agatha Christie wrote “Murder on the Orient Express”. 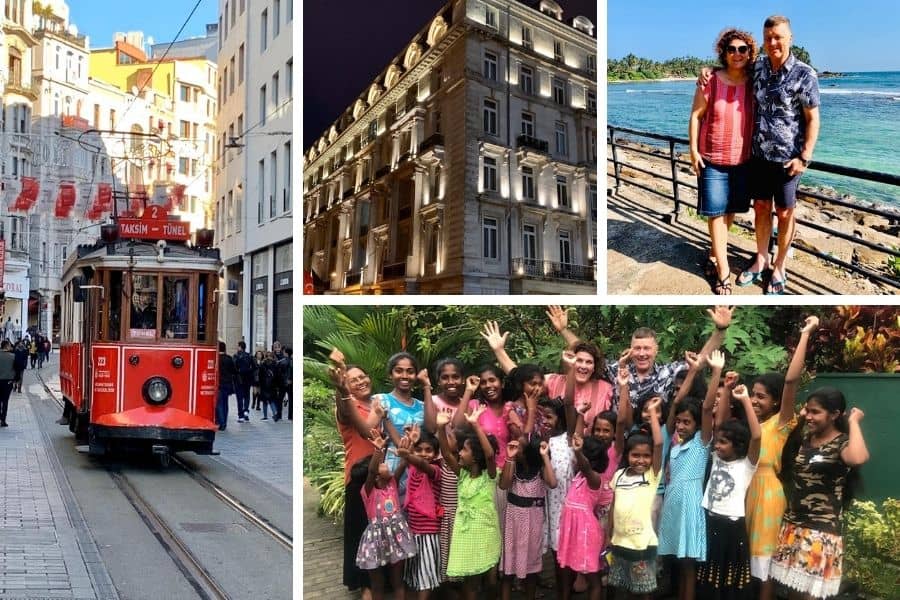 The first event of the year was in London, Sweat (boutique fitness congress). I also visited my old friend Doug Miller in his farm home. A trip to Berlin at the end of the month for meetings with my client Urban Sports Club included the 50th birthday party of a friend we got to know in Sri Lanka who is a personal training client of Eileen Gallasch. 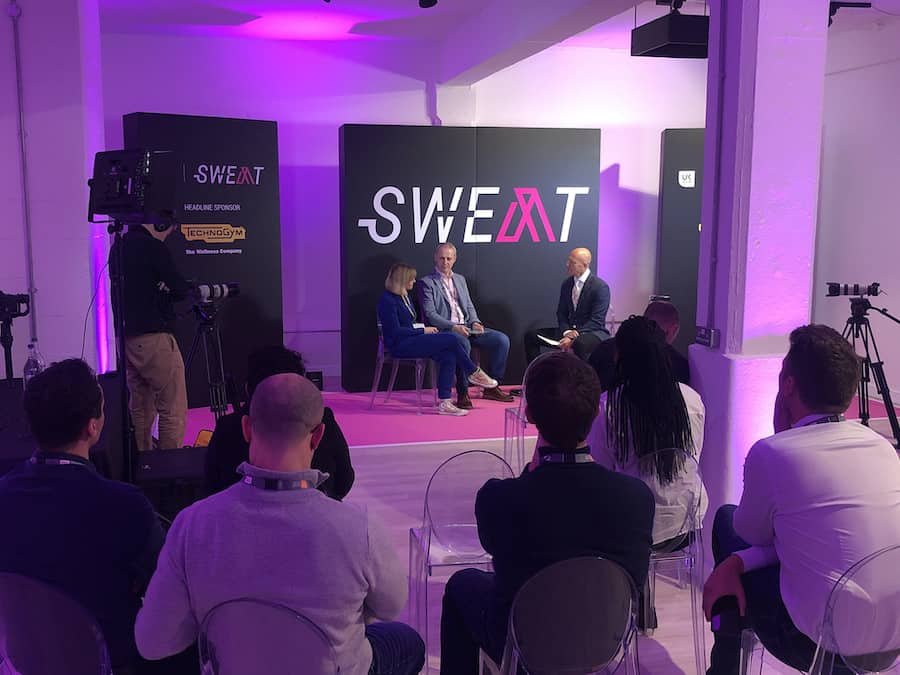 Meet the Top in Mallorca, my 15th MTT event, with 450 attendees, featured a presentation to new attendees and a visit to the Rafael Nadal Academy in nearby Manacor. Returned briefly home, but continued on the same day to Luxembourg, where I met Alain Eidel before continuing to Saarbrücken to lecture in the MBA programme of the German University. The four day presence phase was interrupted by Covid19, and soon thereafter we experienced our first lockdown. The trip to the IHRSA Convention in San Diego (via Vancouver) was cancelled on short notice. 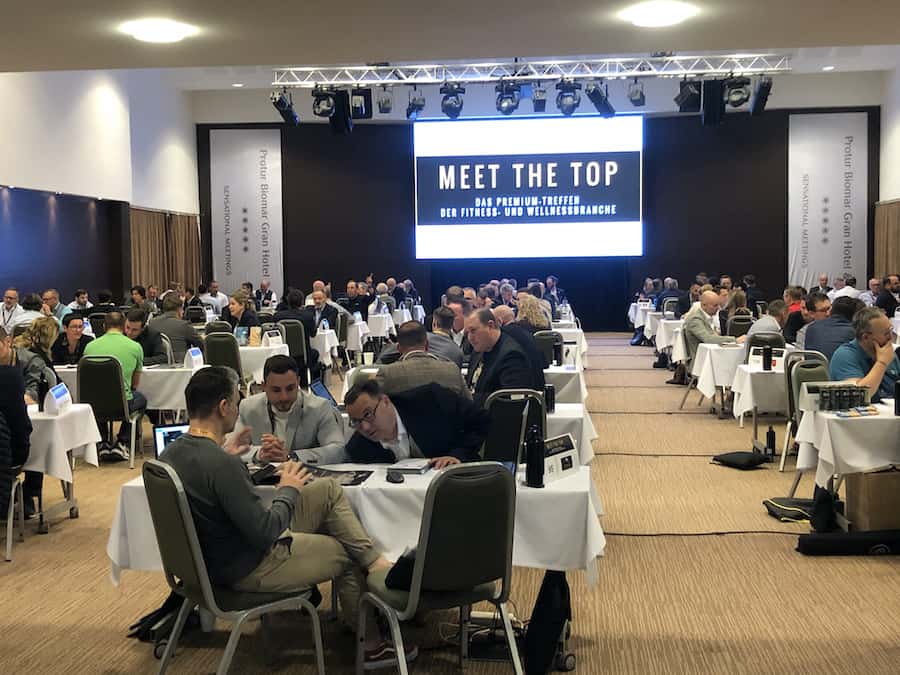 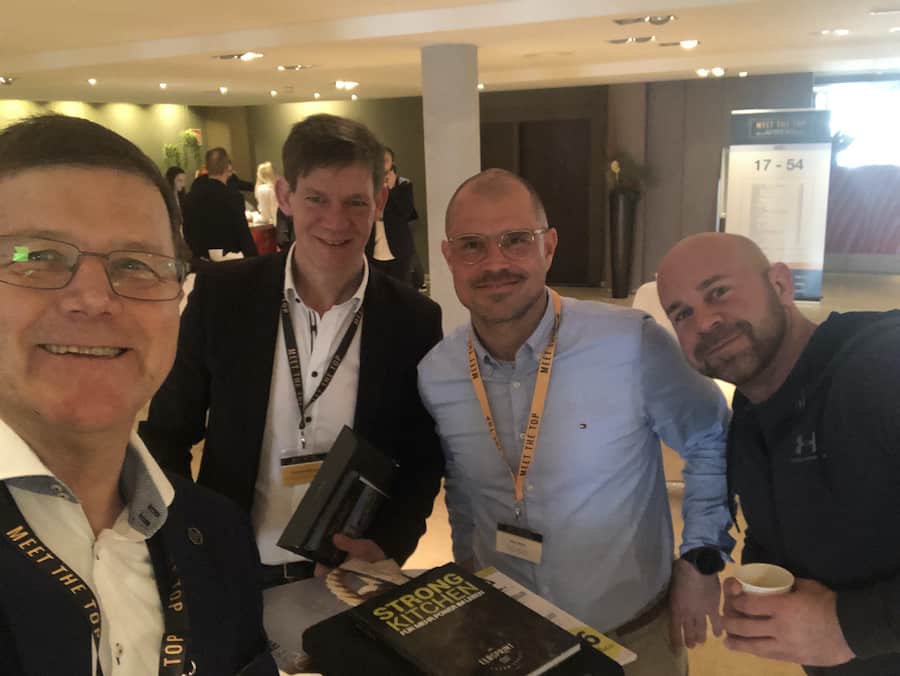 As all health clubs were closed, exercise outdoors and at home became the new normal. Walks along the Eulach river became part of my daily routine. 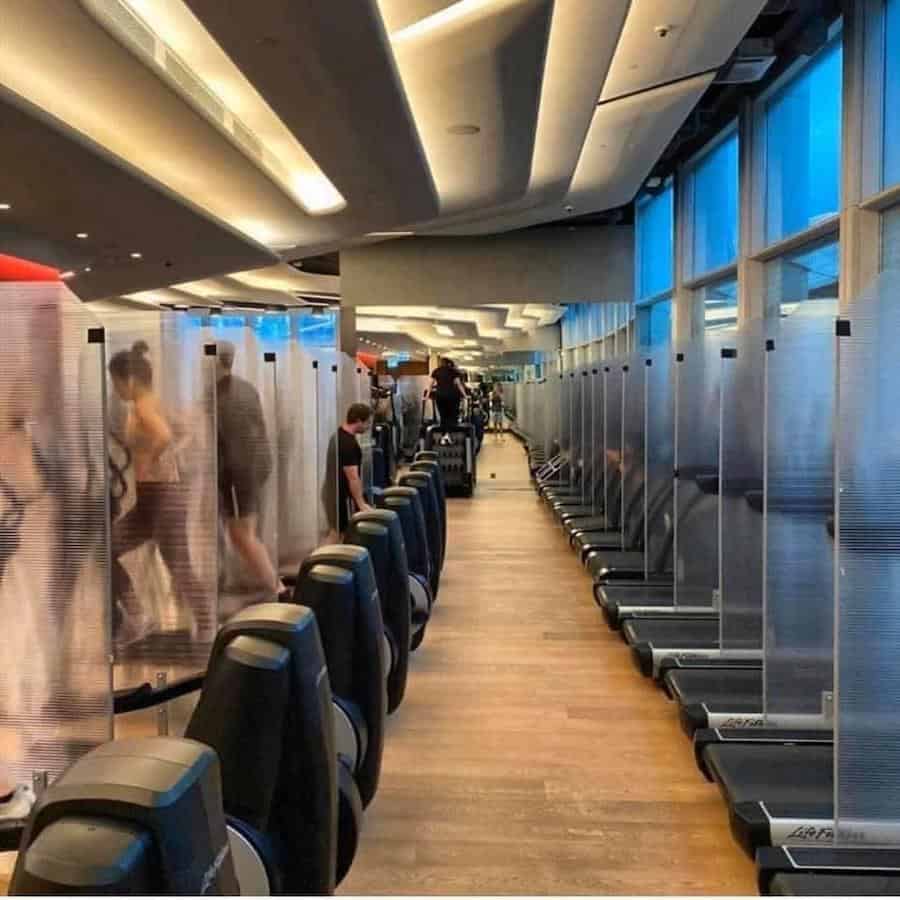 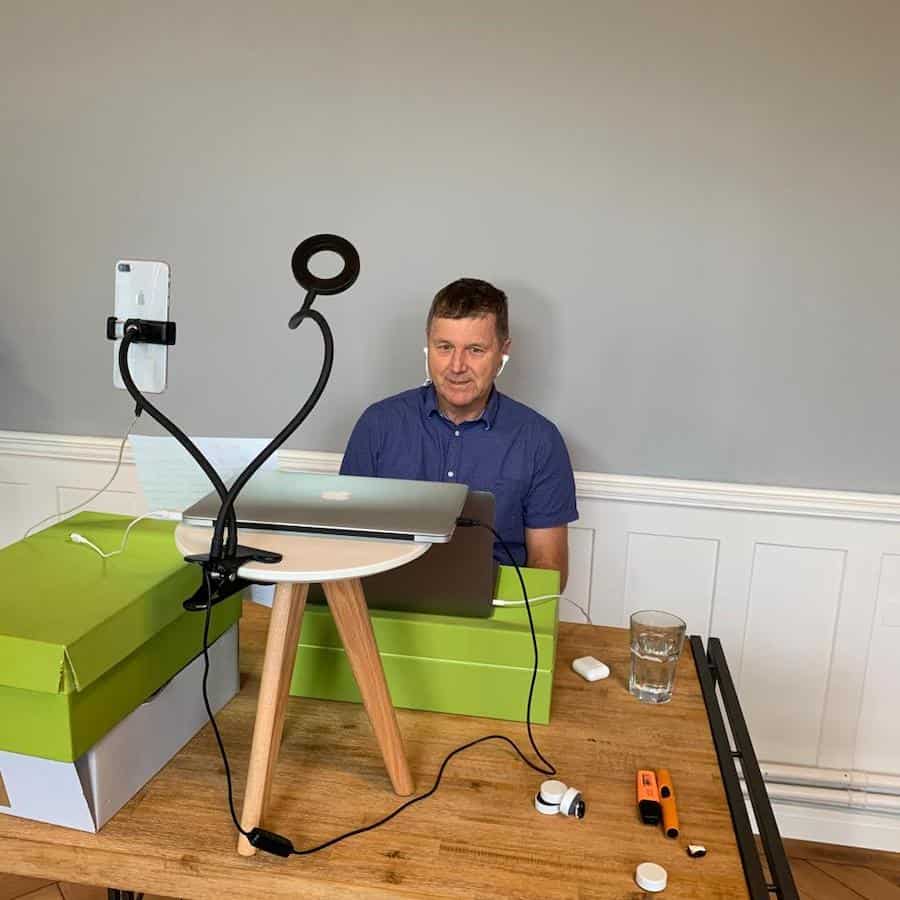 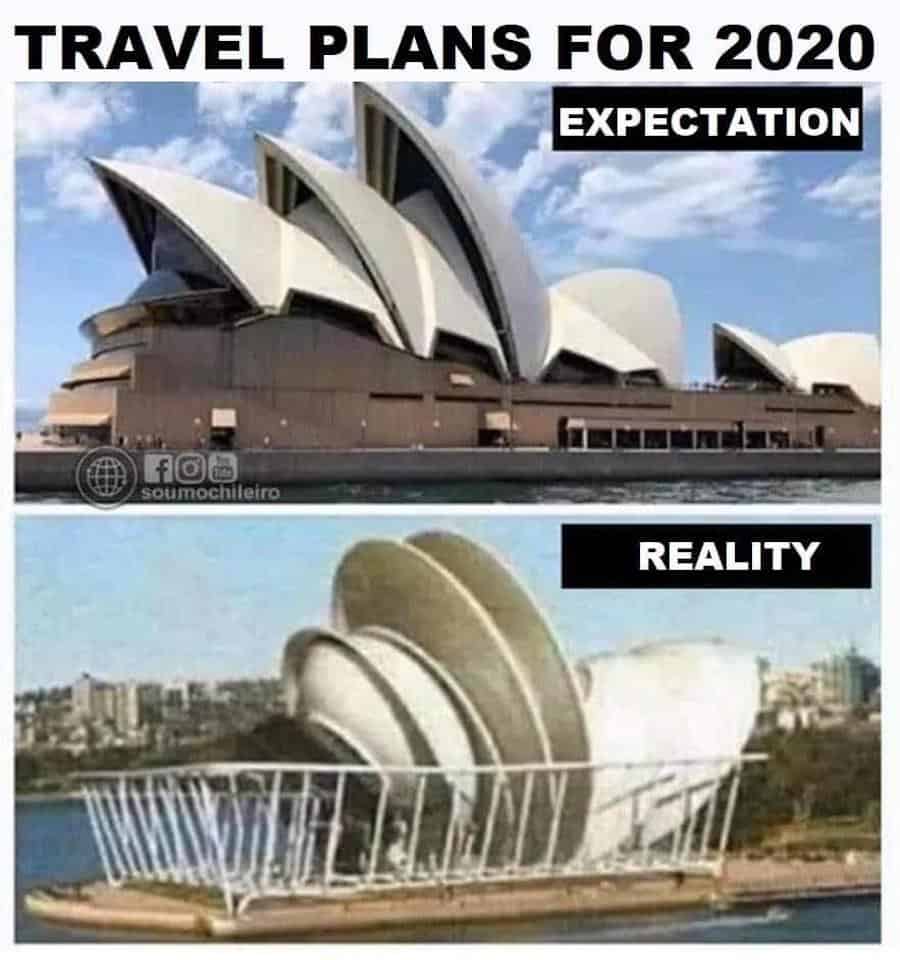 My Sydney travel plans in April – wish and reality

Attending and giving presentations at webinars being held around the world kept the mental juices flowing as I kept my skills up and learned new ones (Zoom calls). 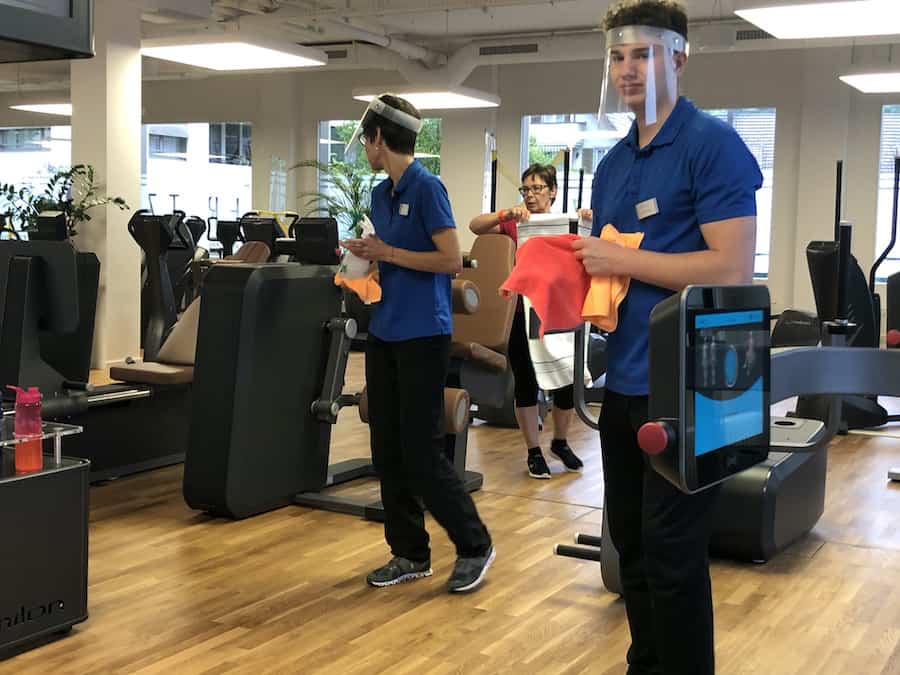 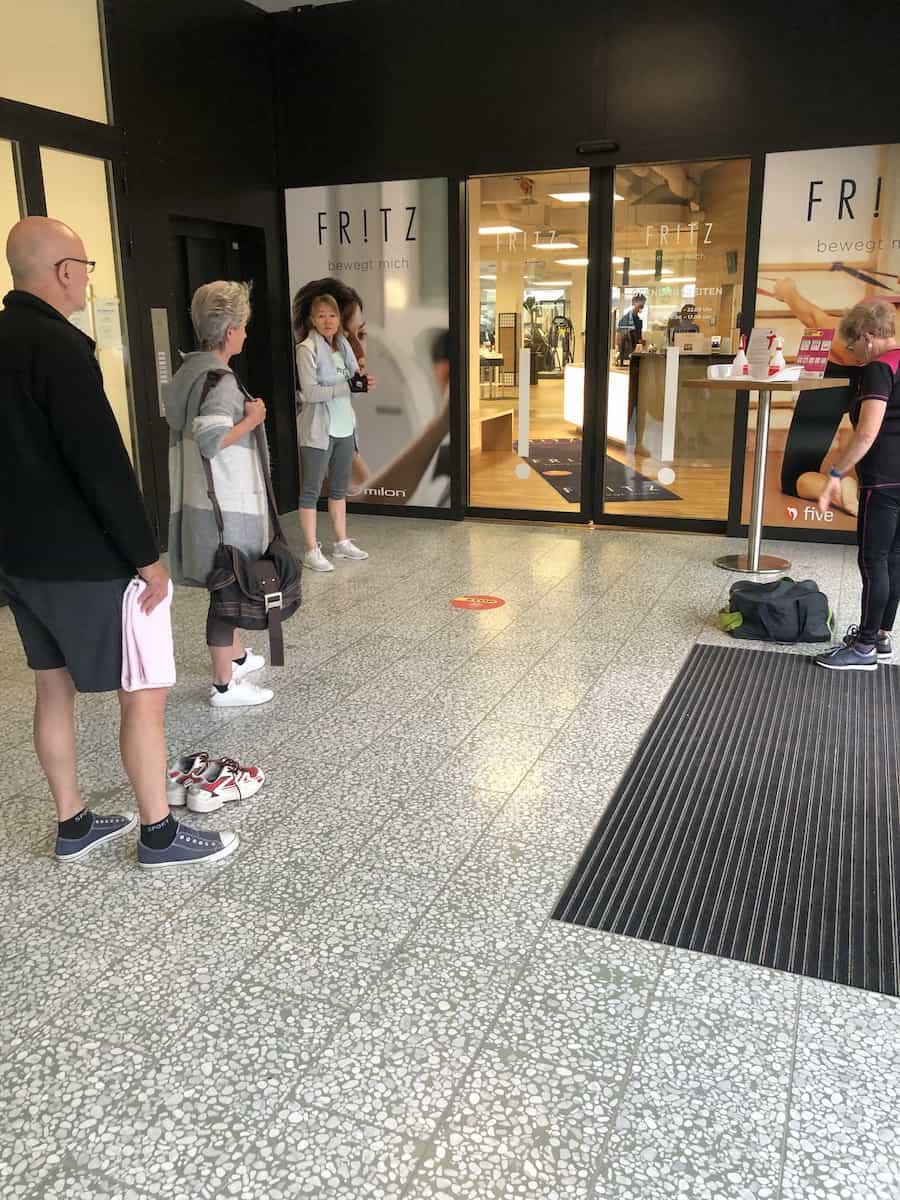 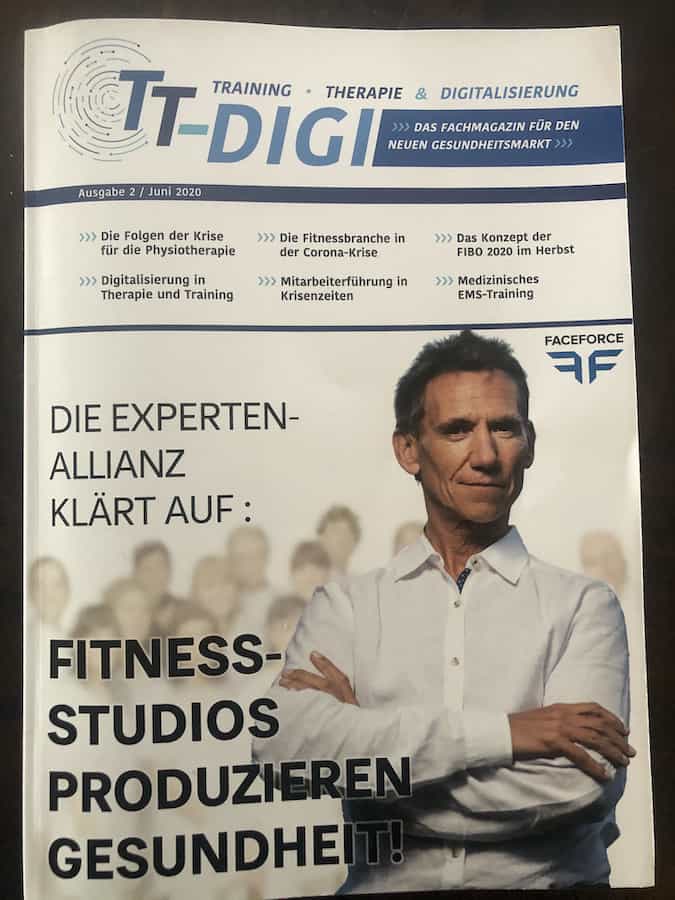 Club Reopenings across Europe allowed me to make a first trip in three months: via Munich (visiting my grown children Felicia and Julian) to Bremen, then the next day via Bersenbruck, Germany to visit Daniel Keim, owner of Deluxe Fitness and partner of my client Virtuagym. We travelled together to Hoorn and then Amsterdam. My journey continued with meetings in Leiden and Rotterdam, Netherlands and Brussels, Belgium with an airport meeting in Frankfurt on my stopover with Christian Dietrich. 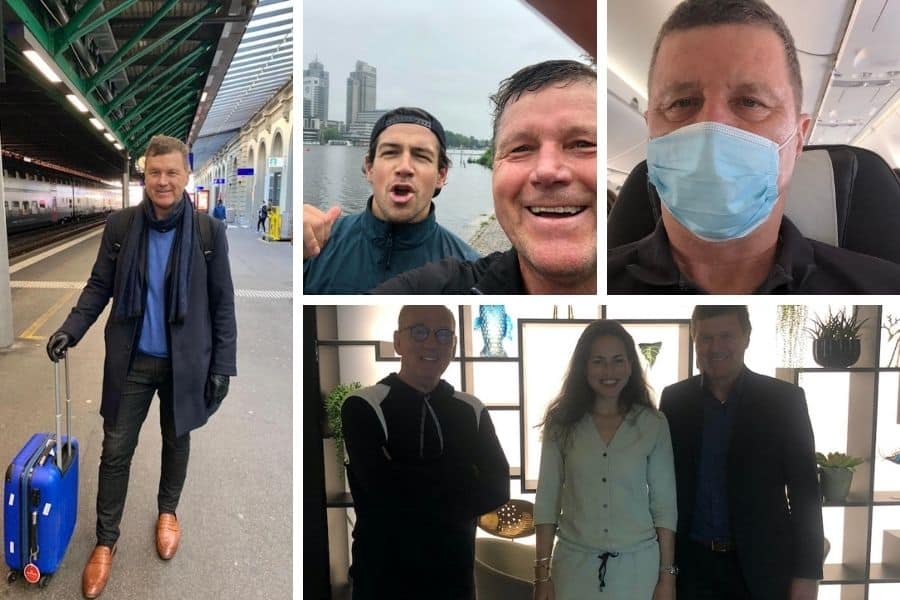 A visit to Madrid and Sevilla to see Enjoy clubs and my friend from Porto, Armando Moreira. From there via Cologne to Düsseldorf for meetings with Reha Vitalis and Winfried Horstenkamp (owner of Oase in Bochum, where I worked I 1985-87). This trip included a weekend in Munich where I celebrated my 62nd birthday before taking the beautiful train ride back home via Allgäu. Visit by friend Yves Preissler (now living in Kenya). Later in the month I visited the headquarters of FIVE, a stretching parcours manufacturer enjoying a game of tennis with their MD Christophe Limberger in Donaueschingen. 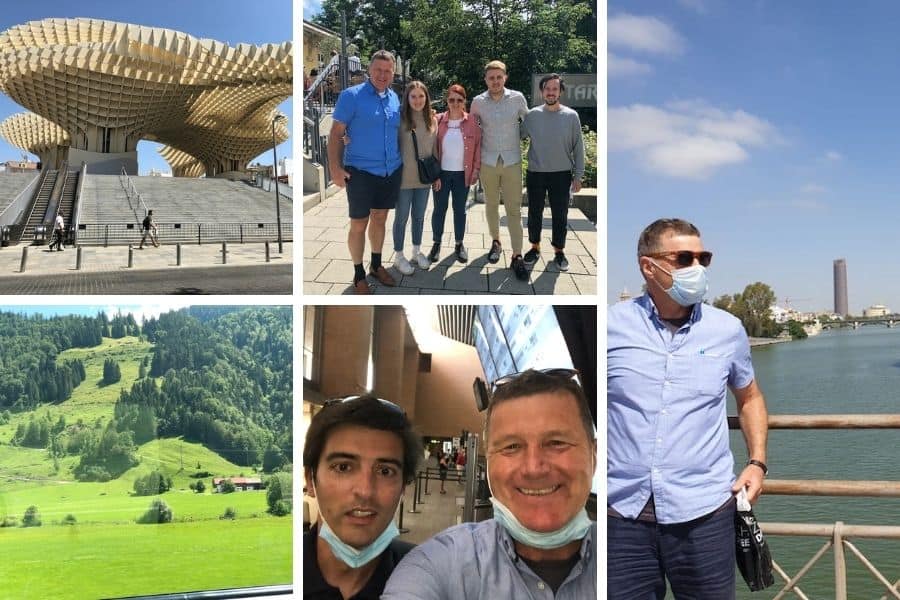 I travelled to Toronto to celebrate my Mom’s 94th birthday. It was necessary to quarantine at her house, I still got out to play tennis and visit a nearby GoodLife club where a strict regiment of pre-reserved workouts following by mandatory cleaning felt strange. Upon my return I attended only the third live industry event of the year in Bern, the Swiss Health and Prevention Association Congress. 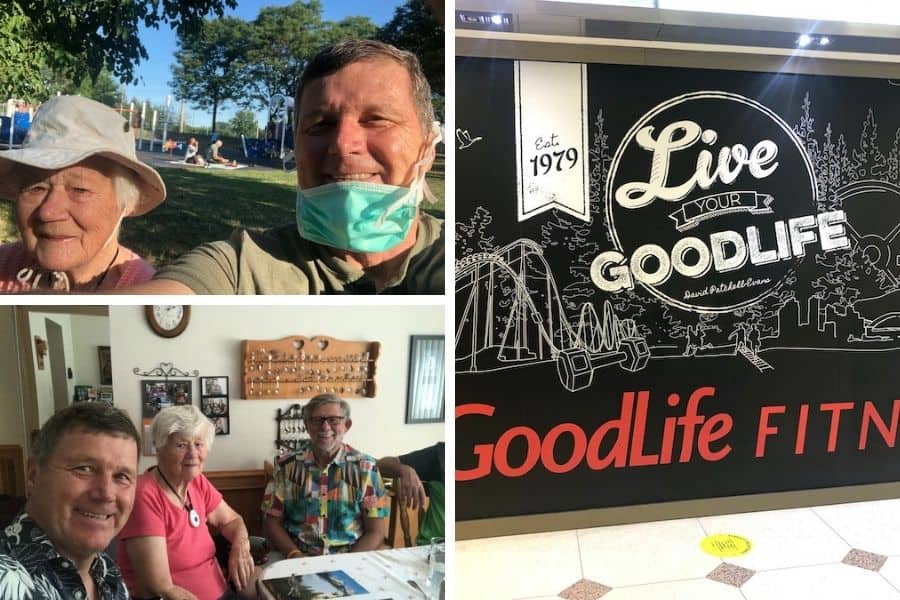 Staying at home the entire month, my routine was similar to April-May – home office, playing tennis and enjoying the autumn walks. 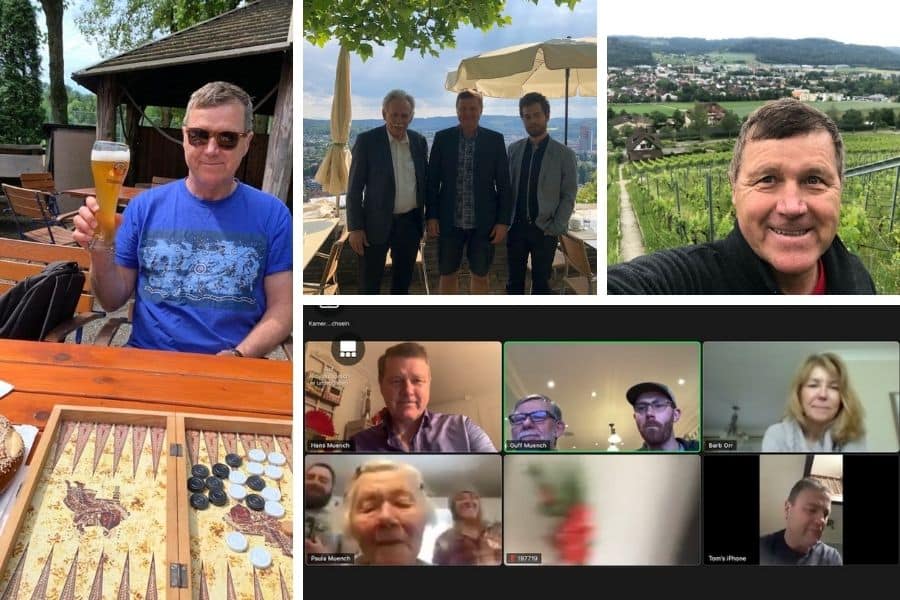 A week in Vorarlberg, Austria included attending the Optima conference (great presentation by Asia Fitness Summit founder Ross Campbell) and a visit to the new headquarters of Gantner, followed by the last fitness sector event of the year, Mountain Moves in Arosa. 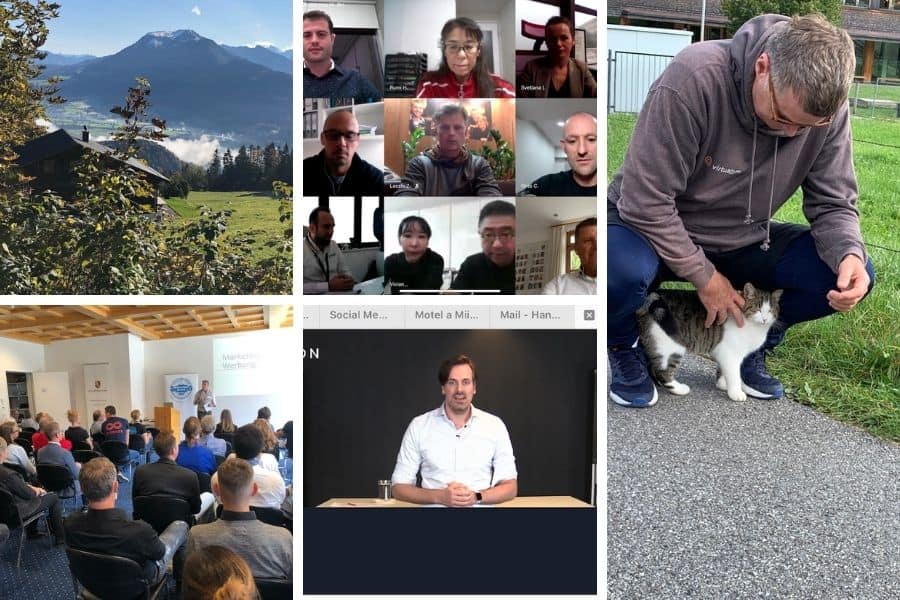 Several trips to nearby Constance on the lake separating Germany and Switzerland (known as the Bodensee), visiting client Superletic in Radolfzell twice. 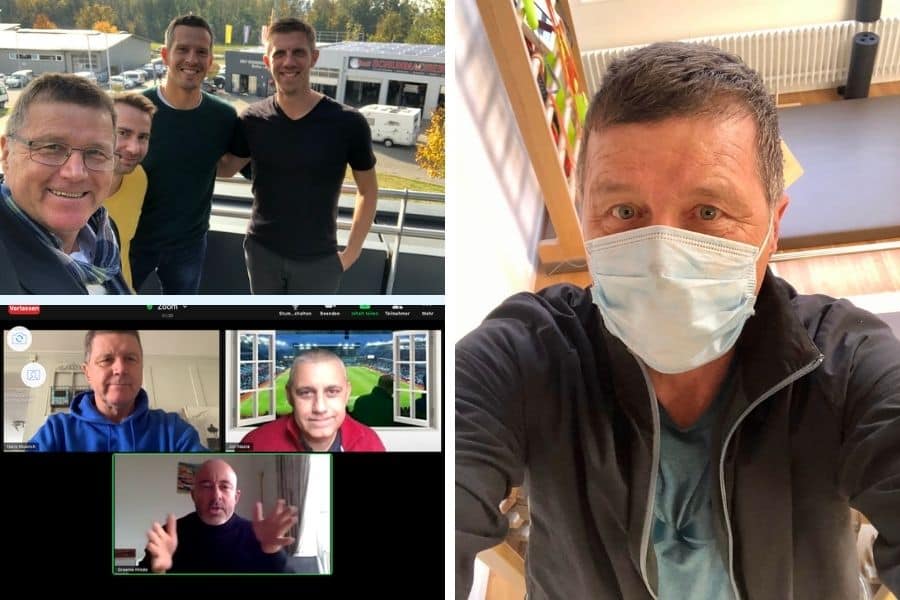 The year ended with another closure of most businesses, including sports facilities. Just before the lockdown I played a challenging game of tennis with Martin Seibold in Winterthur.

With Martin Seibold after a tennis match

I want to thank all my friends, partners and clients, and wish you all a successful and healthy 2021.

My Meetings and Events in October & November

My meetings and trips in January